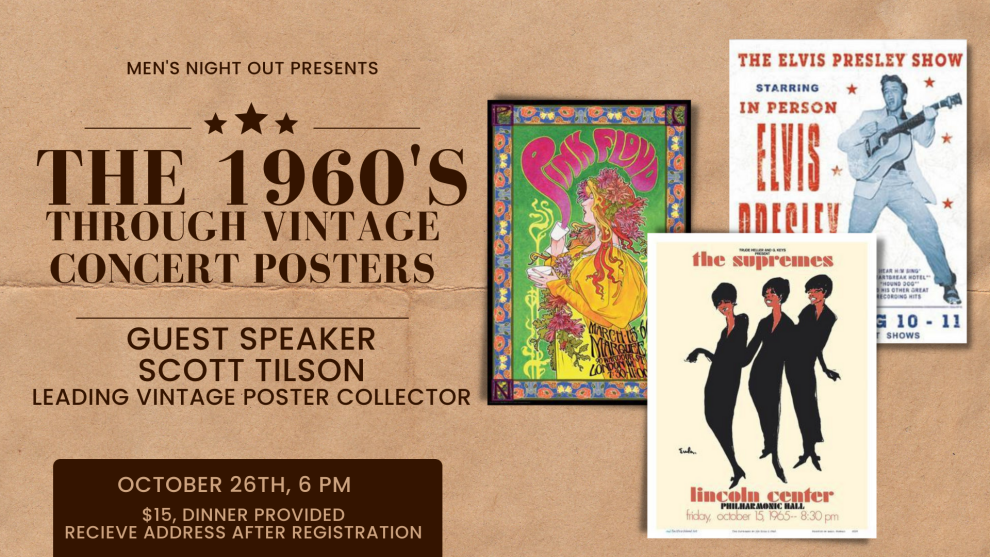 It’s often said that the 1960’s was the greatest party since the fall of the Roman Empire. Sex, drugs and rock and roll swept the nation, in stark contrast to the sterile, 1950’s. Scott Tilson is one of the leading collectors of 1960’s vintage concert posters from that era in the nation. His collection tells the entire sordid tale, with rare and beautiful posters featuring Grateful Dead, Janis Joplin, The Doors, Cream, and other musical legends.

Scott has been a professional collectibles dealer since high school. He is an expert in United States coins and built the finest quality collection of early American coins ever assembled. He founded the International Collectors Society, which sold collectibles to over 1.5 million collectors around the world through television and newspaper ads in the 1990’s. More recently, Scott founded the Psychedelic Art Exchange, the world’s leading auctioneer of vintage 1960’s concert posters.

Join us for our next Men's Night Out in Park City.