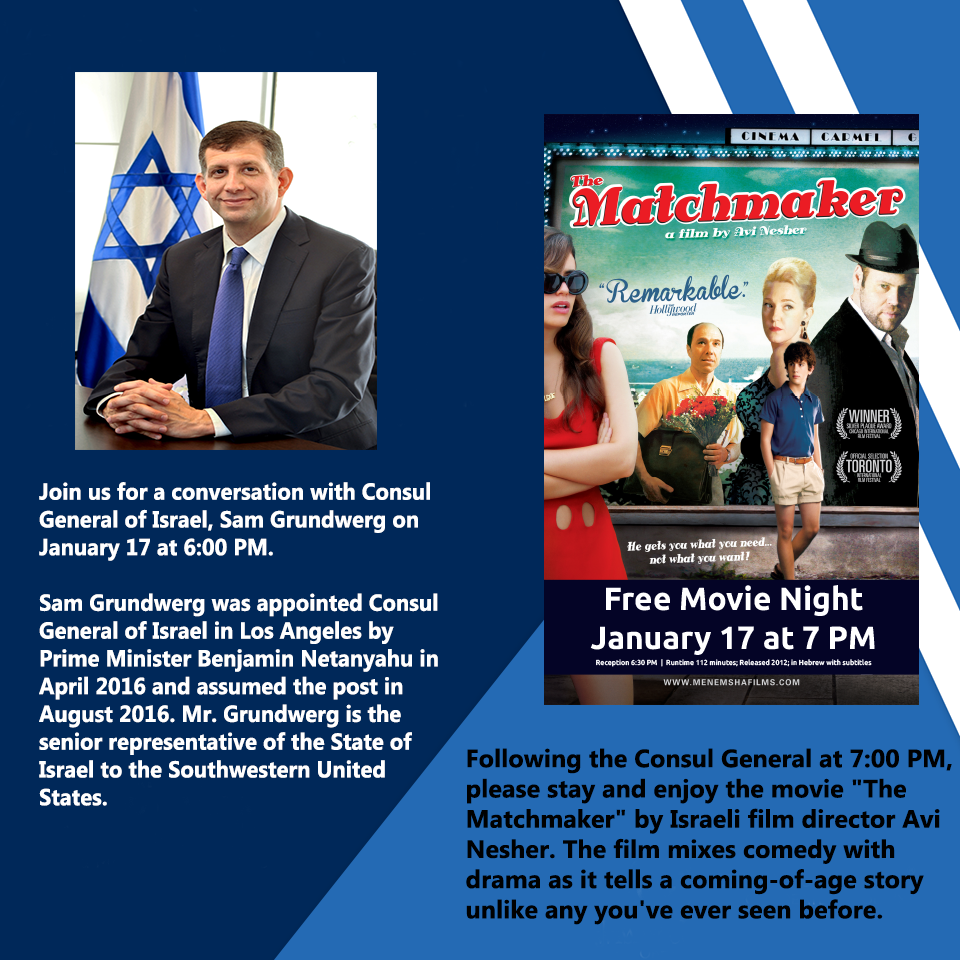 Join us for a conversation with Consul General of Israel, Same Grundwerg on January 17 at 6:00 PM,

Sam Grundwerg was appointed Consul General of Israel in Los Angeles by Prime Minister Benjamin Netanyahu in April 2016 and assumed the post in August 2016. Mr. Grundwerg is the senior representative of the State of Israel to the Southwestern United States.

Following the Consul General at 7:00 PM, please stay and enjoy the movie "The Matchmaker" by Israeli film director Avi Nesher. The film Mixes comedy with drama as it tells a coming-of-age story unlike any you've ever seen before.