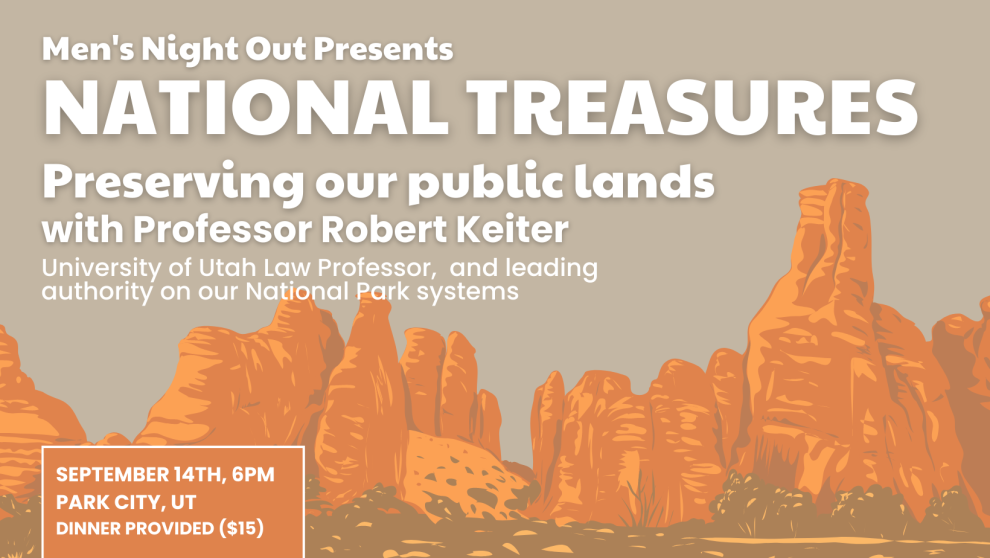 Topic: University of Utah Law Professor Robert Keiter is nationally recognized as one of the leading authorities on our National Park systems. He has written numerous books and articles on public lands, addressing such topics as national parks, ecosystem management, wildfire policy, and biodiversity conservation. He serves as a Trustee of the National Parks Conservation Association and the Rocky Mountain Mineral Law Foundation.

His most recent book is To Conserve Unimpaired: The Evolution of the National Park Idea. His other books include Keeping Faith With Nature: Ecosystems, Democracy, and America's Public Lands; Reclaiming the Native Home of Hope: Community, Ecology, and the West; and Visions of the Grand Staircase-Escalante: Examining Utah's Newest National Monument.

Professor Keiter teaches Natural Resources Law and Constitutional Law at University of Utah’s School of Law.  During his career he has received numerous teaching awards.  In 2008, he was named a University Distinguished Professor by the University of Utah. His current project is an update of his previous work on the Greater Yellowstone Ecosystem.

This event will be at the home of Bill Becker in Park City. Address provided after RSVP.